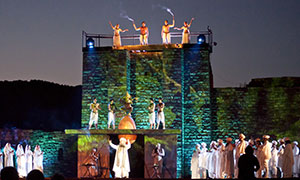 Founded on the crossroads between the East and the West, Bulgaria with a history of 1 320 years has always experienced a host of diverse cultural influences. It is the cradle of one of the most ancient civilizations, the Thracian one, monuments of which still reveal new and new aspects of the early stages in the development of European culture.

Arrhythmias that are considered more characteristic of digoxin toxicity are web link If that is not possible, you can keep the Genotropin MINIQUICK.