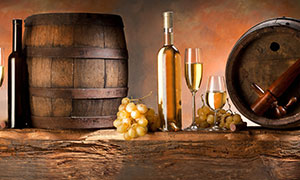 Bulgaria’s rich history of winemaking can be traced back to the very origins of winemaking more than 6 900 years ago. According to historic and archaeological studies Bulgaria may well be the first geographic region where vines were planted and wine produced. The same area may claim ‘ownership’ of the first vine protection decree in 2 c. AD, as well as to the first prohibitionist laws implemented in history by the Bulgarian Khan Krum during his reign from 802 to 814 AD. The wine cellar may also be Bulgarian invention since Bulgarian monastic orders had first been reported to have stored wine in cool vaults deep under the ground level.

Bulgarian cuisine is exceptionally diverse and delicious, consisting of various salads, breadstuffs, stews, and other local dishes. Gourmets all over the world have been attracted for ages by the culinary temptations that Bulgaria offers. Many of the dishes are prepared according to traditional recipes handed down from generation to generation over the centuries.

Why does the Bulgarian cuisine taste so good?

Bulgaria is being called the organic food basket of Europe. The dishes are prepared using organic products, which is largely responsible for the unique taste of Bulgarian meals. Bulgarian organic foods are mainly fruits (apples, peaches, cherries, strawberries, raspberries, plums, grapes cultivated for wine), nuts (walnuts and almonds), herbs and spices (fennel, anise, lavender and many others) and organic vegetable oils, tobacco, vegetables. Organic lamb and beef, jam and honey are available on the market. Currently there are nearly 4 000 certified producers of organic foods who cultivate over 42 000 hectares of farmland.

Bulgaria exports 90 to 95 percent of locally produced organic products. Honey is the top organic export product (estimated at about 2 000 MT), according to NGOs. Reportedly, Bulgaria is fourth in Europe by exports of organic honey. Other major export goods are organic rose and lavender oil, raspberries, strawberries, and wheat.

"The organization and the team of Event Design Inc have met the professional standards and the quality of the services provided has been high, which makes the company a reliable partner in the conducting of important international events. I would like to recommend Event Design as an exceptionally reliable and capable partner for joint work."
Assoc. prof. Mirza Musayev, PhD
Genetic Resources Institute
Azerbaijan National Academy of Sciences, 2012